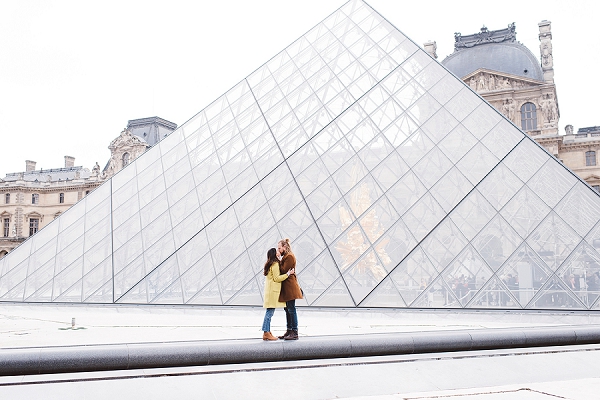 Let’s take a stroll around the streets of Paris today for a classic Paris anniversary shoot. We love the idea of heading to Paris with our love and visiting all the typically Parisian spots, cafe’s and restaurants to celebrate all the happy years, even better with a fantastic photographer like Brittany Marie Photography there to capture it! 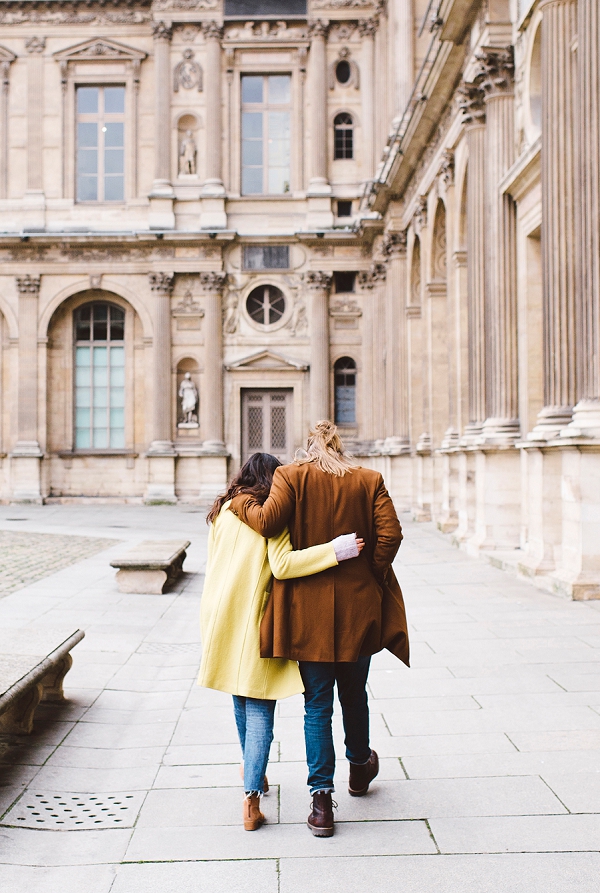 Laura and Garrett contacted me as soon as they found out they would be coming to Paris. Before their destination session, they have been together 11 years, married 8 of those, yet it’s as if they’ve only been married 1. Getting to know them, they’re just as in love today as they ever were… and entirely more. With their whole lives ahead of them, the life they’ve built together is worth celebrating! For their anniversary portraits, the duo effortlessly took on some of the most historic and beautiful locations in the city of light. 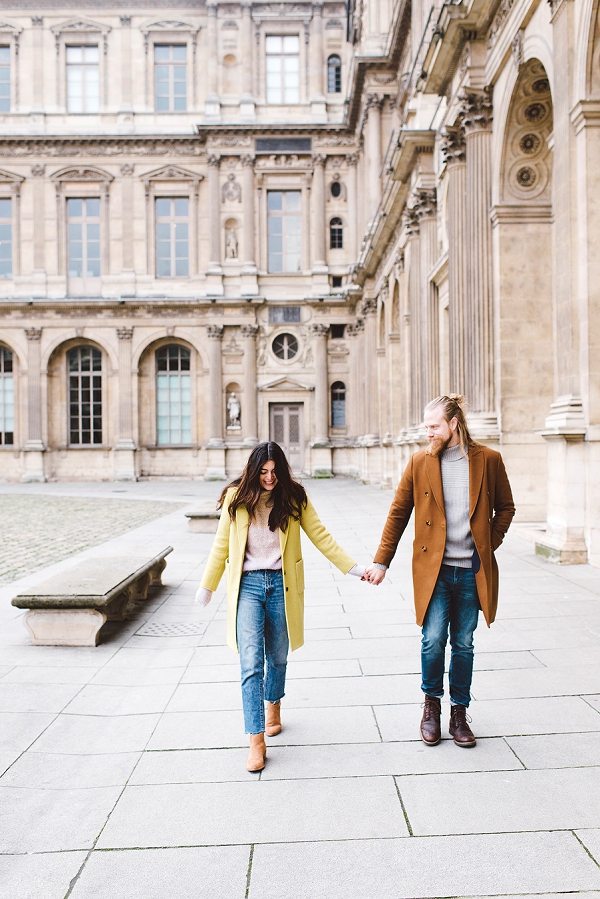 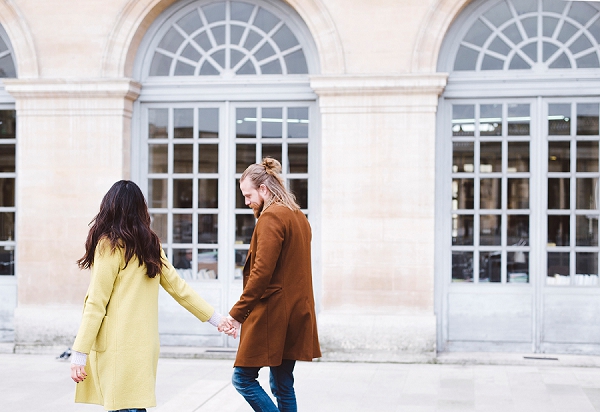 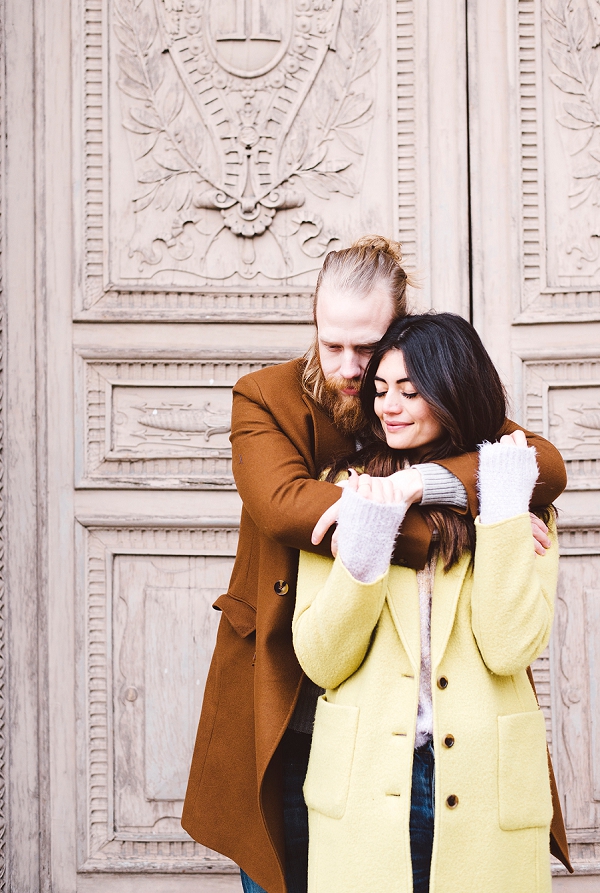 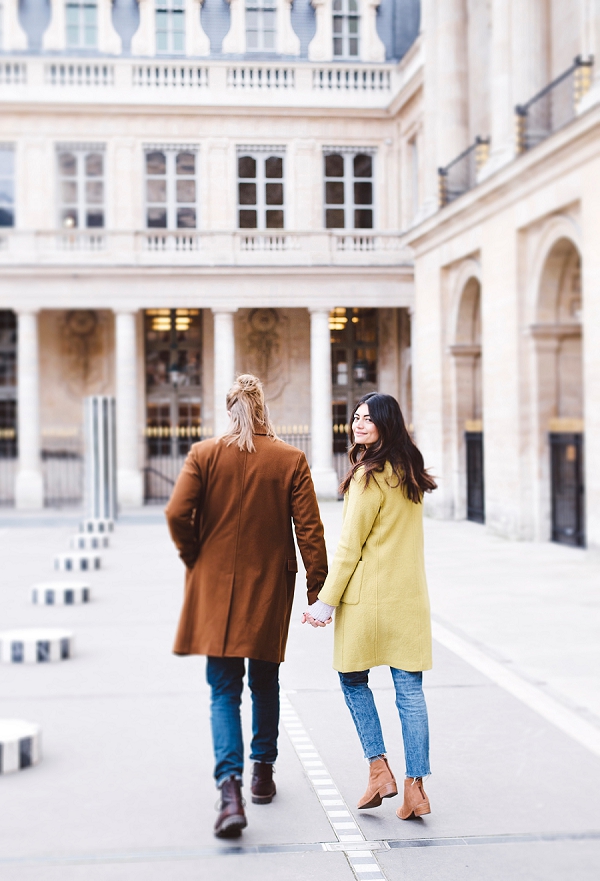 We met in January and it was cold in Paris. Laura accurately describes it by saying “it felt like we were alone in Paris and almost like it was the 50s.. so quiet and peaceful”. Winter light is some of my favorite light in Paris because it offers a lot of soft natural lighting and flattering tones. This is the perfect environment for effortless pops of color, like Laura’s coat. I joined them for a walk through Palais Royal, the Louvre and along the Seine. 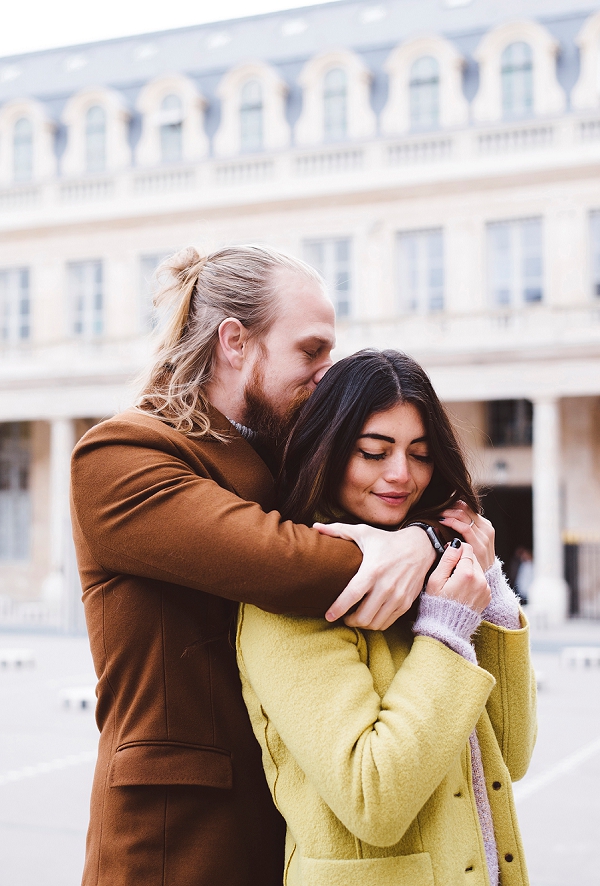 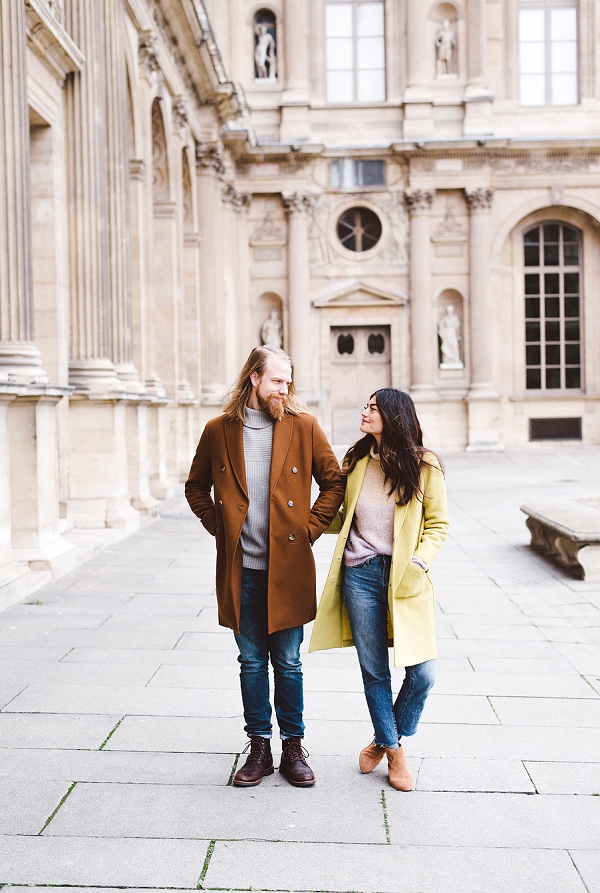 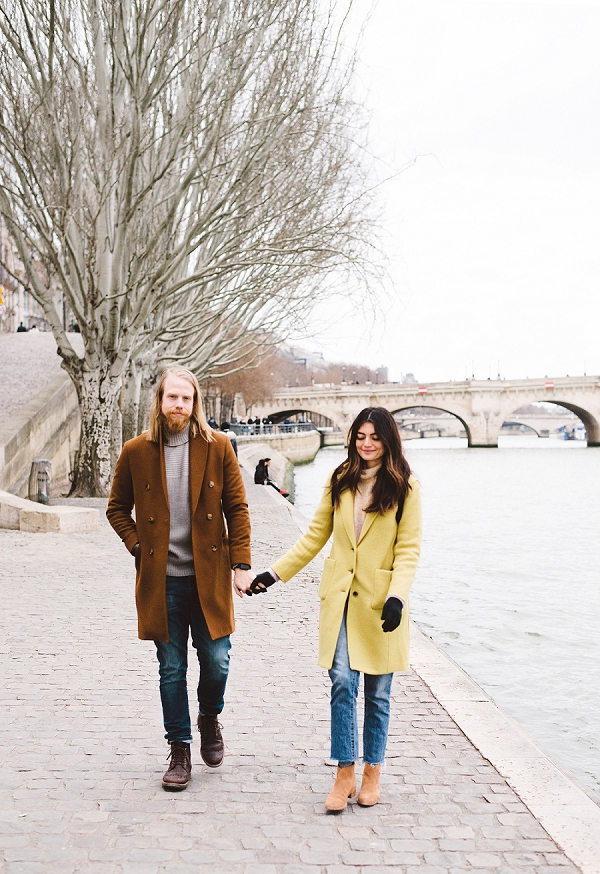 My main focus as a photographer is accurately capturing the couple’s affection for who one another is. Both personalities should shine through and being in one of the most romantic cities helps that, I think! This authenticity makes portraits, much like their love, timeless. 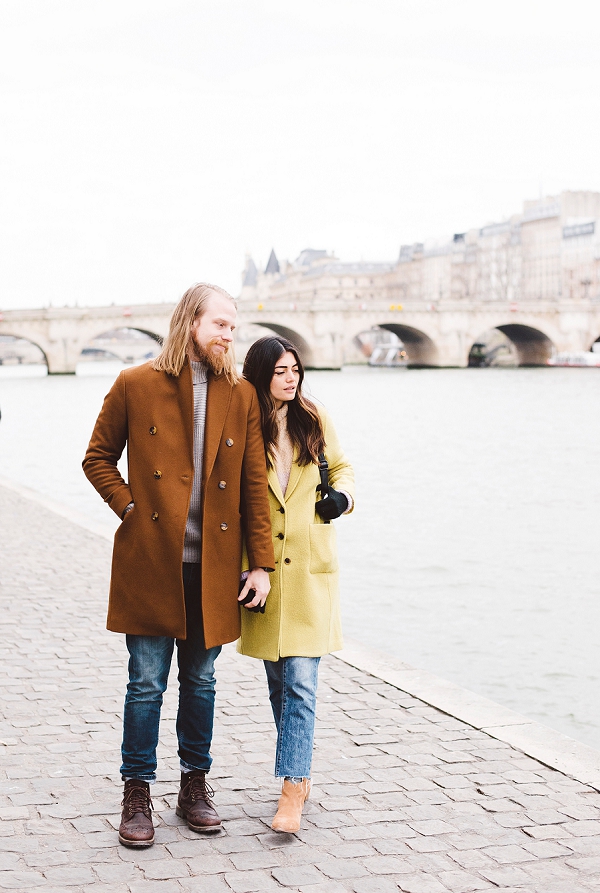 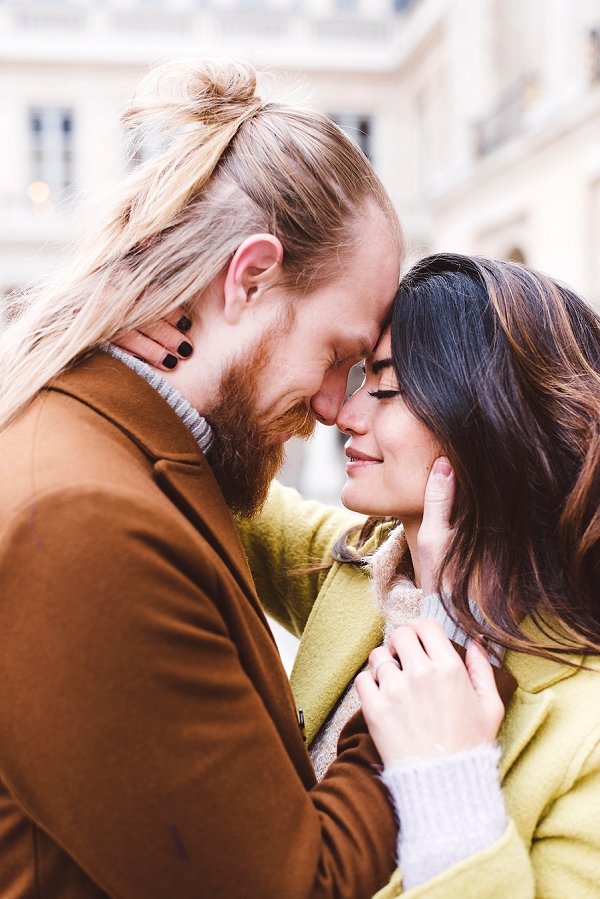 I hope I will be able to capture their love again someday soon, perhaps when they renew their vows. Cheers to love, life and being in love with life! 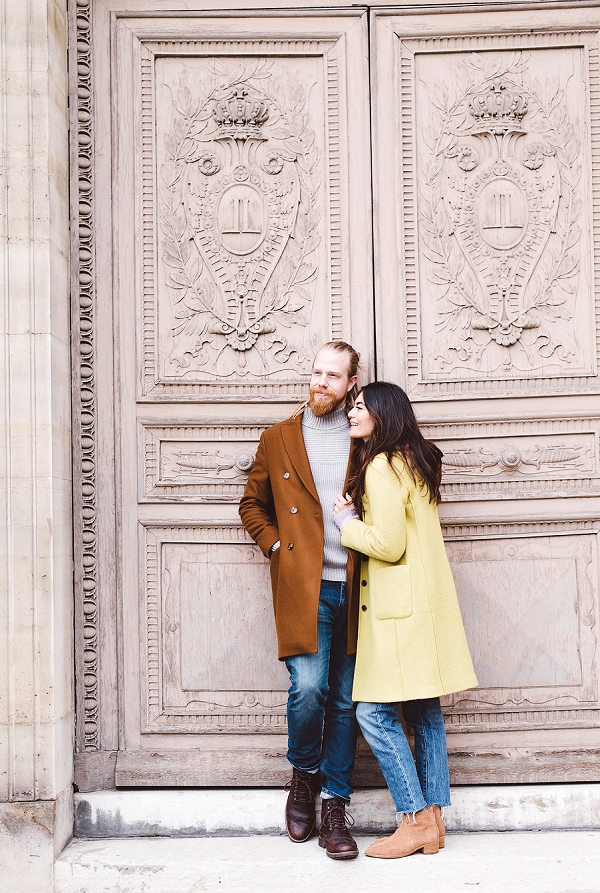 Are you thinking of heading to the city of lights for your anniversary shoot? For even more inspiration check out this third year wedding anniversary shoot in Paris which includes the Eiffel Tower as their backdrop. 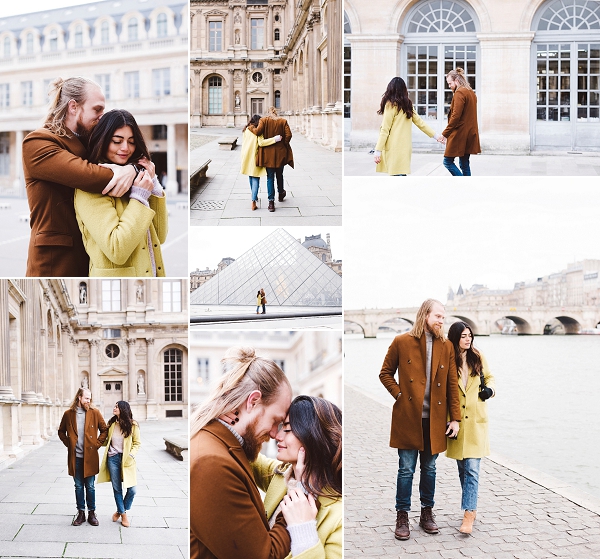